EXCLUSIVE: Just hours after the 17th season of The Bachelorette debuted, long-time host Chris Harrison has exited the romance franchise for good.

Having fronted the Mike Fleiss-created The Bachelor and all its lucrative ABC spinoffs since 2002, Harrison will receive a rose of his own in the form of mid-range eight-figure payoff and promise to keep his mouth shut, I hear. The usual platitudes are expected to be exchanged for public consumption when the agreement is made public later today, but there is certainly no romance in the air behind the scenes. 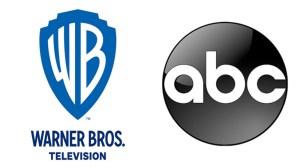 While whispers over Harrison’s permanent break-up with the Bachelorverse were all over town after it was revealed last week that Fleiss pal David Spade and others would be guest hosting the next season of Bachelor in Paradise this summer, the form of the final split itself was uncertain until early this morning. Pencilling in the Bachelorette premiere as their event horizon, Harrison’s reps have been in increasingly intense negotiations over the past few days with WBTV and, to a lesser extent, the Disney-owned ABC.

After that deadline of sorts came and passed last night with the money issue resolved, it was the legal stray ends that remained.

The confidential settlement with franchise producers and distributor Warner Horizon was finally reached after one more flurry of back and forth between the parties and Bachelor broadcaster ABC on Monday night.  A motivational undercurrent, so to speak, throughout was Harrison lawyer Bryan Freedman pledging to unleash the Shiva of lawsuits exposing a swath of The Bachelor’s alleged dirty laundry unless his Gersh-repped client emerged feeling the financial love.

Neither reps for Harrison, WBTV nor ABC returned request for comment on the settlement when contacted by Deadline. We will update when we hear from them.

Harrison was shoved aside from the franchise earlier this year after offering in an interview a pass and “compassion” to Bachelor contestant Rachael Kirkconnell over 2018 photos that surfaced of the Season 25 contestant participating in Old South slave plantation-themed fraternity formal. As the fallout from the interview and Kirkconnell’s racist barbed party rapidly grew, a strongly nudged and apologetic Harrison declared around Valentine’s Day that he would be “stepping aside” from the first season of The Bachelor to have a Black man at its core.

Spotlighting the pitfalls of prerecording in this context, Bachelor Matt James actually handed Kirkconnell the final rose with a rare lack of proposal on the March 15 airing Season 25 finale. However, as the antebellum South photos became public after the completion of Bachelor production, James made it clear on the Emmanuel Acho-hosted After the Rose special that same night that he had cut things off with Kirkconnell. The couple later said they were attempting a reconciliation.

And now Chris Harrison and The Bachelor franchise are splitsville. Left unresolved by the Harrison settlement is how well and how quickly Fleiss, WB and ABC will be able to get the franchise stabilized, if at all.