Check out what’s clicking on FoxBusiness.com.

ATLANTIC CITY, N.J. — With COVID-19 restrictions limiting how many people can gamble inside, and revenue and profits plunging, this might not sound like the best time for Atlantic City’s casinos to be spending big on renovations.

And yet they are, looking to a post-pandemic future when gamblers will be looking for the latest thing. They’re investing hundreds of millions of dollars with those days in mind.

The latest to open the corporate checkbook is Hard Rock, which told The Associated Press on Monday it will spend $20 million to renovate hotel suites, open a Starbucks outlet, purchase new slot machines and tables games, add a new restaurant and upgrade its beachfront amenities.

The renovations come in a span of a few weeks in which the Ocean Casino Resort announced it is spending $15 million on upgrades to the casino floor, as well as outdoor amenities like pools, cabanas and the beach, and Harrah’s unveiled three new restaurants, a new spa and a renovated lobby bar.

And Bally’s Corp. is plowing $90 million back into the Atlantic City casino of the same name that it acquired from Caesars Entertainment last year.

Both those investments will span three years.

Hard Rock is opening its wallet less than three years after spending a half-billion dollars to gut the former Trump Taj Mahal casino and turn it into a Hard Rock casino resort. 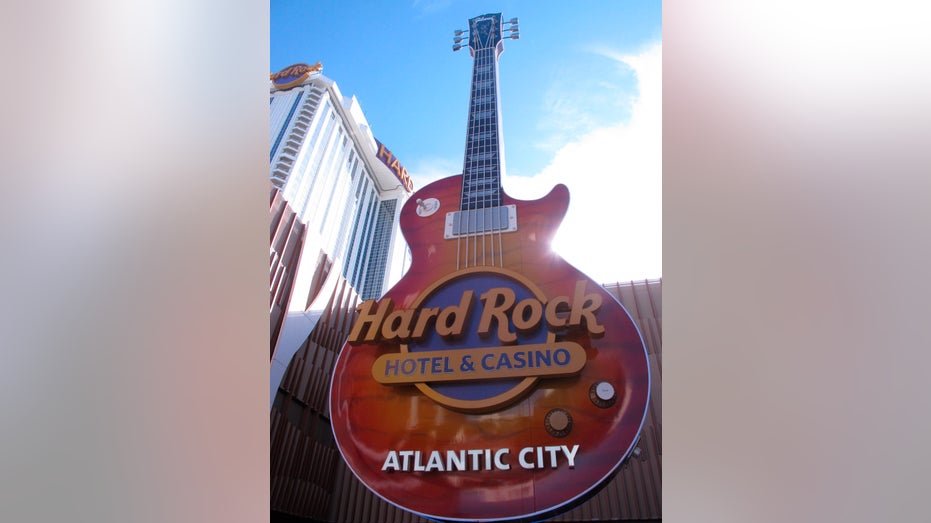 And it’s doing so in a market depressed by COVID-19 restrictions and the hesitancy of some gamblers and tourists to return to in-person casinos. Numerous health and safety measures that have been in place since they reopened last July, including limiting occupancy of the casino floor to 50%.

“We need to reinvigorate Atlantic City,” said Hard Rock president Joe Lupo. “With declining revenue, there are only so many visitors out there. It’s become more competitive. Those properties like Hard Rock that are in it for the long run, are investing their dollars now.”

GET FOX BUSINESS ON THE GO BY CLICKING HERE

For Hard Rock, the bulk of the $20 million will go toward renovations of 91 guest suites. But every hotel room in the complex will get new televisions and lighting as well.

Sound upgrades will also be made to the casino’s Hard Rock Live at Etess Arena and Sound Waves concert venues. Meeting and convention space will be refurbished, as will the indoor pool.

The coronavirus outbreak sent profits plunging by more than 80% last year at Atlantic City’s nine casinos, and things would have been worse had it not been for the continued growth of internet gambling and a small assist from sports betting.

But the virus won’t last forever, and when customers do return in droves, casinos want them to come to their facilities.

By Lupo’s reckoning, there are three “new” casino companies in Atlantic City: his own, which opened Hard Rock in June 2018; the upcoming 50% partnership in the Ocean casino by the Ilitch family of Detroit (Ocean opened the same day as Hard Rock did); and the new Caesars Entertainment, which kept the name but adopted the management of the former Eldorado Resorts in last year’s merger.

“With this new investment comes a need for our companies to ensure that their product and the experience they offer meets the needs of people, especially at a time when the city has been declining since we reopened in July,” he said. “We realize we have an opportunity. The constant change gives our visitors something new to look forward to, and that has always been important in Atlantic City.”

It also takes into effect the ongoing competition all around it, from casinos in Pennsylvania, Delaware, New York and other northeastern states that had been eating away at Atlantic City’s market even before the pandemic.