Inside, there’s more piano black, especially surrounding the updated infotainment screen, which is set in the familiar circular housing in the centre of the dash. It retains a similar 8.8in display as before, but the graphics have a higher resolution, while the operating system is new and faster acting. You can also customise the display and add widgets for quick access. It all works well, particularly when using the handy rotary controller, but the display is starting to look small beside the current fashion for ever-bigger tablet-style interfaces.

Particularly welcome is the new three-spoke steering wheel, which is great to hold and covered in soft leather that feels like it’s been sourced from BMW’s supplier, while the gloss black (natch) multifunction controls are larger and easier to use. Sitting behind the wheel is the same digital dial pack that was first seen last year on the Mini Electric – although in reality it’s a hybrid display. The rev counter is actually analogue masquerading as TFT, the illusion being shattered only when direct sunlight falls on its tinted display.

And, of course, there’s the expected upgrade of the driver aids, with the optional Driving Assistant Pack adding a ‘stop and go’ function to the adaptive cruise control, plus lane departure warning.

Also new are the upgrades to the Mini smartphone app. Not only does it feature the usual location and status services (such as fuel level or, on the Electric version, range), but you can now share access to the car with up to 10 people. Give them permission and they can unlock, start and drive the car as and when you don’t need it.

Mechanically, the only real change is the adoption of a new damper design. Called Intelligent Adaptive Suspension (standard on Sport-spec cars like ours and £400 on others), it’s arguably less sophisticated than the electronically controlled selectable set-up on the outgoing car. Essentially, it’s a similar system to that already seen on the Ford Fiesta ST, with a passive frequency-selective set-up that can open a valve in the damper in as little as 50 milliseconds to reduce damping forces by up to 50% during the fastest and most violent wheel impacts with the road. 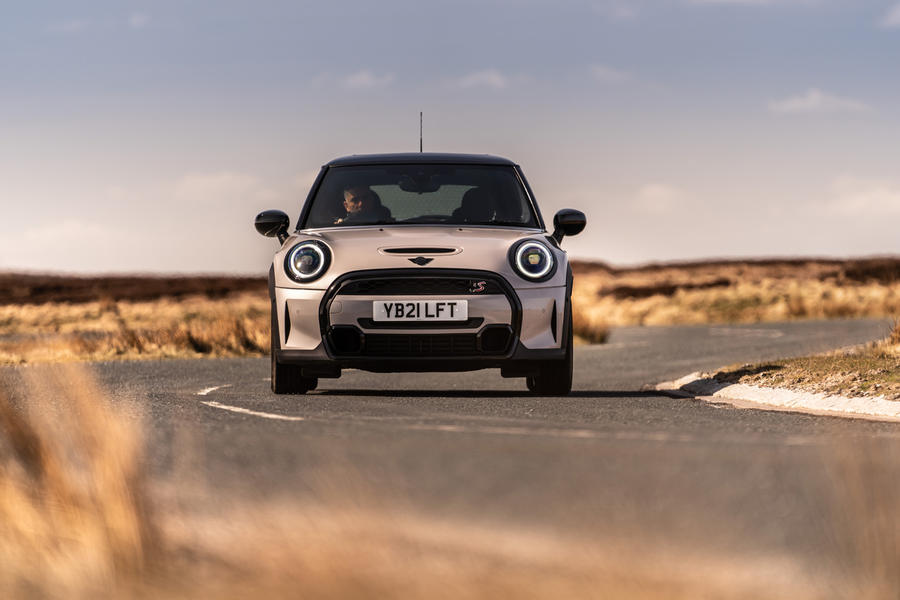