By Raven Saunt For Mailonline

A pub brawler was caught on camera biting off his rival’s ear before spitting it out onto the ground during a savage fist fight in a beer garden.

Police are appealing for information about the assault that took place at around 7.40pm on Sunday, May 30 at The Cricketers Pub in River, Dover.

They punch and wrestle with one another before one onlooker shouts: ‘Oh my f***ing God! His ear’s gone!’

A 39-year-old man from Dover has since been arrested on suspicion of affray but was and released on bail while enquiries continue. 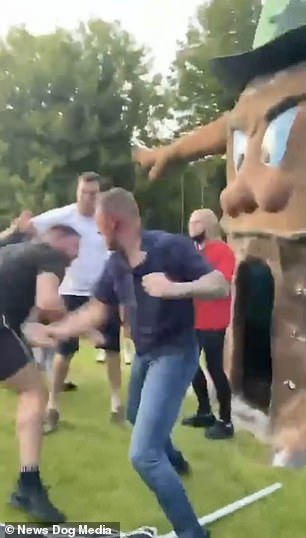 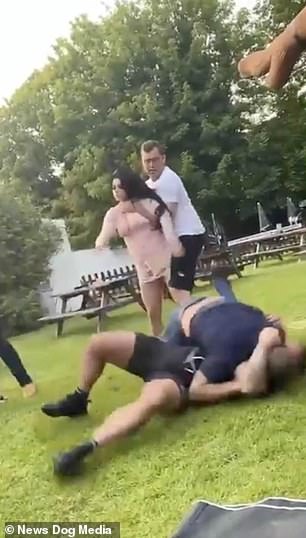 Police are appealing for information about the assault that took place at around 7.40pm on Sunday, May 30 at The Cricketers Pub in River, Dover

In the clip, recorded on the May Bank Holiday weekend, several screaming drinkers attempt to restrain the two sparring men as they repeatedly strike each other – but to no avail.

The men repeatedly hurl punches before they both fall and start wrestling on the ground.

The brawler who is wearing black shorts gets his rival into a headlock and savagely bites down on his ear.

A woman in high heels can be seen kicking him in a desperate bid to make him stop before a bystander drags her away from the scene.

The man wearing shorts continues to gnaw on his rival’s ear before pulling his bloodied opponent up to his knees and pummelling his stomach.

The sparring duo eventually get up to their feet and continue to throw punches before the man in black shorts dramatically spits his rival’s entire ear onto the ground in front of stunned bystanders. 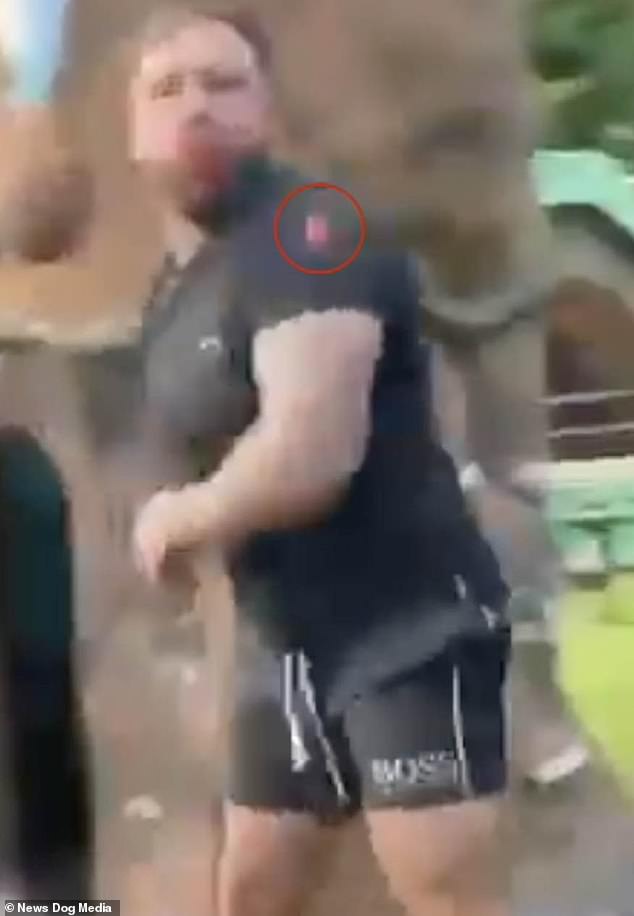 The group of onlookers scream and beg the pair to stop fighting as they shout: ‘Enough! Enough!’

The two bloodied men continue sparring before they are finally broken apart by the other revellers.

The injured man who has had his ear ripped off walks away from the scene.

But as the clip comes to an end a woman can be heard screaming: ‘Oh my f***ing God! His ear’s gone!’

It is not yet known why the brawl erupted between the two men.

The video was shared online by Twitter user @P4t_58 on June 2.

But, according to a local social media report, it was originally published on Facebook before being removed shortly afterwards. 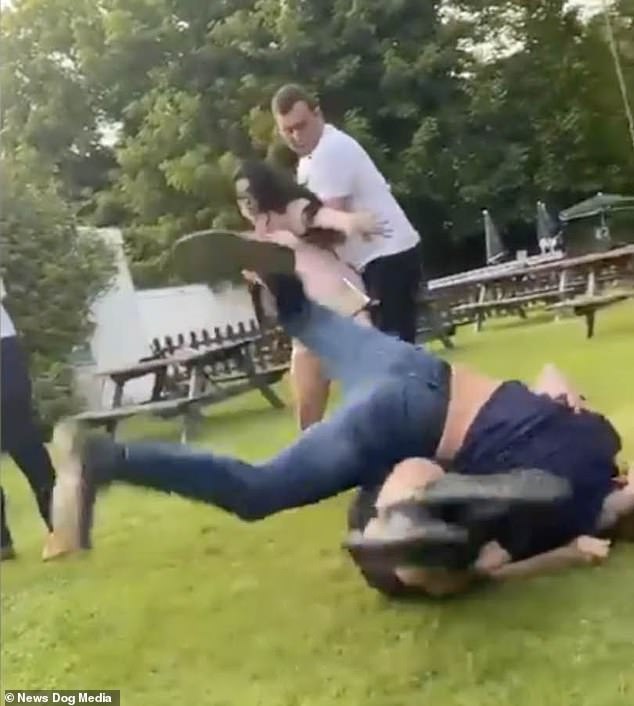 A spokesperson for Kent Police said: ‘Information is sought following a serious assault near Dover.

‘Kent Police was called to the rear garden of a pub in Crabble Avenue in River following a report a man had been assaulted by another during an altercation at around 7.40pm on Sunday 30 May 2021.

‘The victim suffered a head injury which required hospital treatment.

‘A 39-year-old man from Dover was arrested on suspicion of affray on 4 June and released on bail to 28 June while enquiries continue.

‘Investigating detectives would like to thank those who have already come forward with information, and are appealing for any witnesses who have not yet spoken to an officer to contact Kent Police on 01843 222289 quoting 46/92609/21.

‘You can also contact the independent charity Crimestoppers anonymously by calling 0800 555111 or using the anonymous online form at Crimestoppers-uk.org.’